The new DC2 Dress Kit from DC Design brings a customised bodykit for the new-generation Mahindra Thar with new bumpers, headlights, bonnet and larger off-road spec tyres. We also tell you about the pricing you can expect at the launch next month. 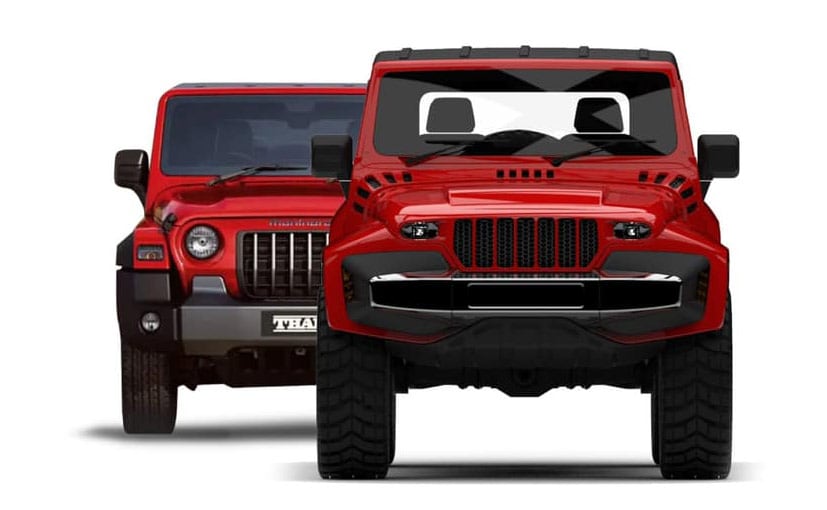 The new-generation Mahindra Thar has been off to a flying start and that was expected. The euphoria around the new version was always high and it has only gone higher with each day as bookings have crossed the 15,000 mark. Much like the predecessor, the new Thar also allows you to personalise in many ways that only adds to the charm of the SUV. Mahindra also offers a range of accessories and kits to bring a different look for each customer. However, if you want something a lot more customised to your liking, DC2, formerly known as DC Design, has revealed the new Dress Kit for the 2020 Mahindra Thar.

Also Read: Mahindra Receives Over 15,000 Bookings For The New Thar Since Launch 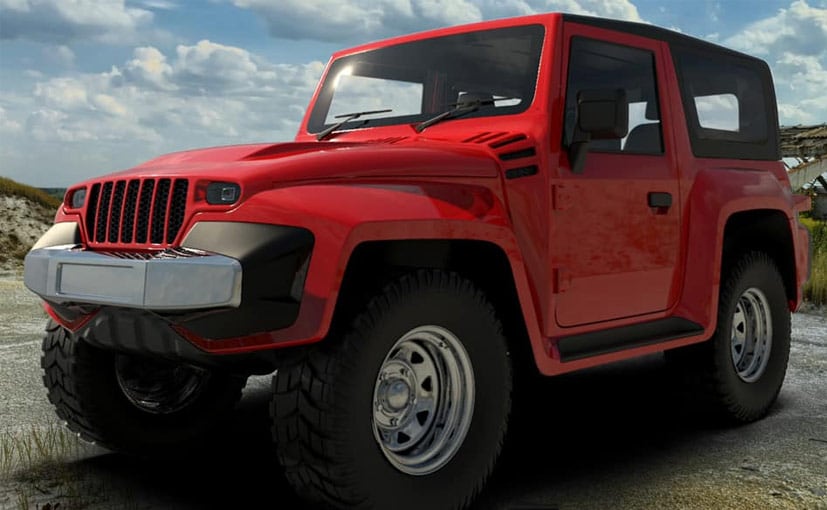 The new Mahindra Thar Dress Kit is a custom body-kit for the SUV that can be bolted over the stock version. This includes newly designed front with a familiar seven-slat grille that sits close to the older model, while the bumper has been completely redesigned and sits higher as well. The lights are slimmer than the stock version and also get projector lens units. Do notice the bulge on the bonnet for a masculine look. The bumper also extends to the new and wider wheel arches at the side that contain the larger wheels on the SUV. The new heavy-duty tyres are clearly designed to go over any terrain with the steel rim making them off-road-ready. The suspension also gets a lift in a bid to accommodate the new wheels, while also increasing the ground clearance. 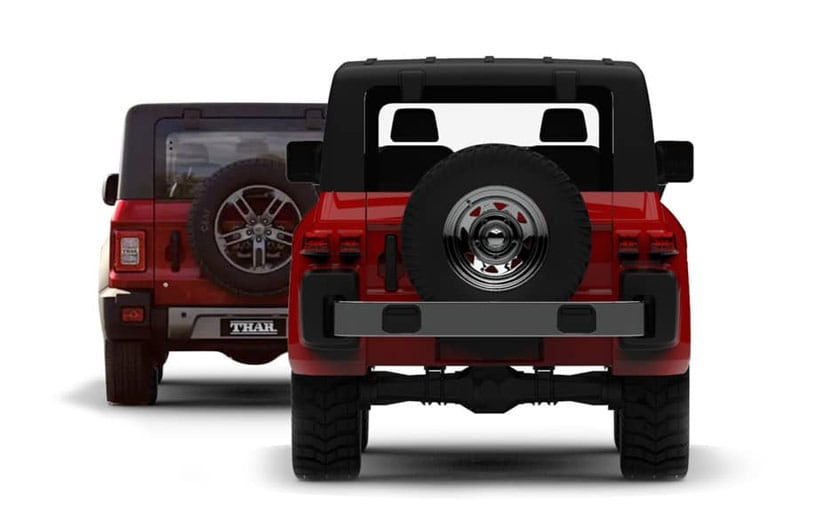 The Dress Kit also add changes to the rear that includes a new bumper, new squared taillights with a redesigned hard top completing the package. The kit also includes upgrades to the cabin but DC2 is yet to reveal the interior on the Thar Dress Kit.

The DC2 Dress Kit for the new-generation Mahindra Thar will go on sale sometime next month and prices will be around ₹ 6.5 lakh (excluding taxes). Given that the changes are only to the exterior, the company is likely to keep the performance under the bonnet untouched. The simple design of the Thar has always made it quite the canvas for design houses to experiment on and DC has had its fair share of kits and designs in the past for the Thar among other Mahindra SUVs.

The new Mahindra Thar is offered with both turbocharged petrol and diesel engines with manual and automatic transmission options. Bookings are currently open while deliveries for the SUV will begin from November this year. The waiting period is said to be about a good 22 weeks on certain variants in certain locations. For those wanting to truly stand out with the Thar, the Dress Kit is sure to get bring you a lot of attention.

HighlightsPunjabi Kadhi is a popular besan-based curryPunjabi Kadhi Pakora is best paired with riceLearn how to make authentic Punjabi Kadhi with this recipePunjabi cuisine...
Read more

Superman Reboot in the Works at Warner Bros. With Ta-Nehisi Coates...