All You Need To Know

The Atal Tunnel in Rohtang, near Manali is now open for traffic. It is one of the longest highway tunnels in the world and it is at an altitude of over 10,000 feet. We tell you everything you need to know about the newly inaugurated Rohtang tunnel in Himachal Pradesh. 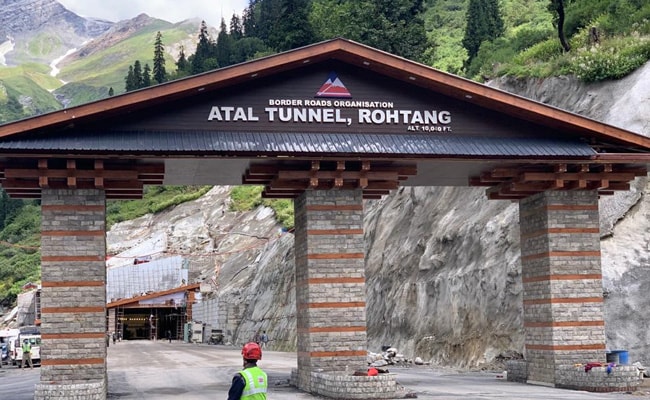 The opening of the Atal tunnel in Rohtang, Himachal Pradesh comes as good news for all adventure and thrill seekers. It is built below the famed Rohtang pass, which leads to higher reaches of Himachal Pradesh and then onwards to Ladakh. The Manali-Leh drive will become much easier with the opening of the Atal Tunnel, which is named after former Prime Minister of India, Atal Bihari Vajpayee. So, here’s everything you need to know about the famed Atal Tunnel, before you start planning a vacation, going up to the mountains. 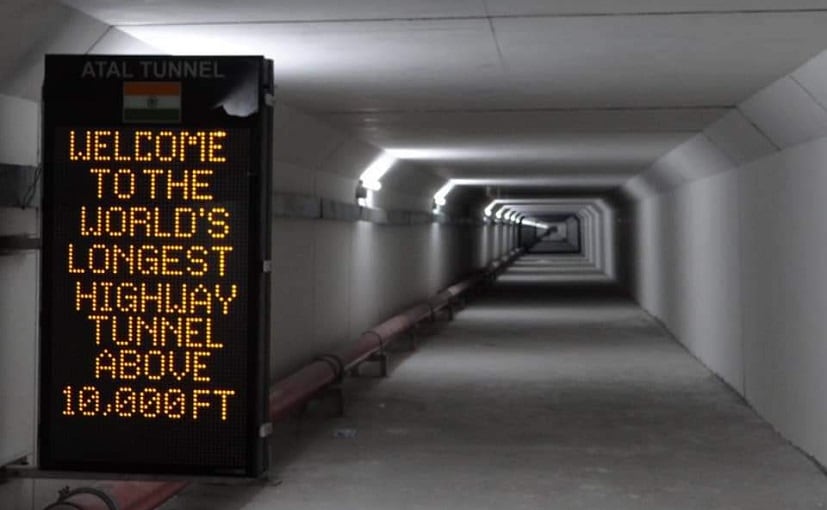 The feasibility study for a tunnel construction was done way back in 1990, with the decision taken to construct the tunnel in 2000 by then Prime Minister, Atal Bihari Vajpayee. The foundation stone of the road leading to the tunnel was laid in 2002, while the foundation stone for the tunnel itself was laid down by Mrs. Sonia Gandhi in 2010, when she was the president of the UPA. The initial target for the tunnel to be constructed was 2010. The initial cost of building the tunnel was expected to be ₹ 950 crore, but by the time the construction ended, the total cost came up to ₹ 3,200 crore. One of the big reasons for the cost to increase was the constant delays. 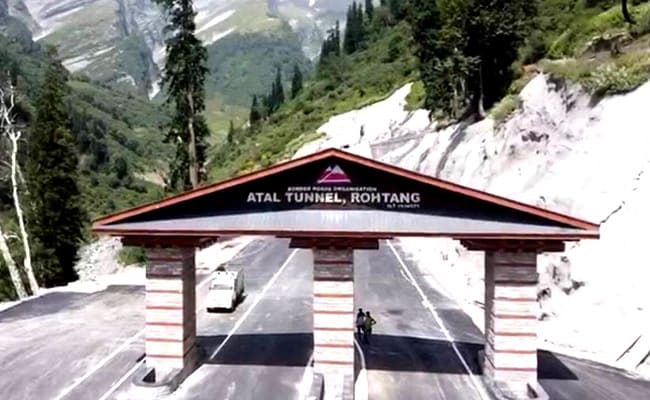 Not only does it allows year-round access to the Lahaul-Spiti valley but also reduces the distance from Manali to Leh by 46 km and reduces travel time by up to 5 hours as well. The Atal tunnel will be beneficial for smooth movement of armed forces towards Ladakh and civilian traffic going up from Manali to Leh and the Lahaul-Spiti Valley. Plus, the government expects the Atal tunnel to boost tourism and winter sports in and around the region. The Atal Tunnel was built by the Border Roads Organisation (BRO) 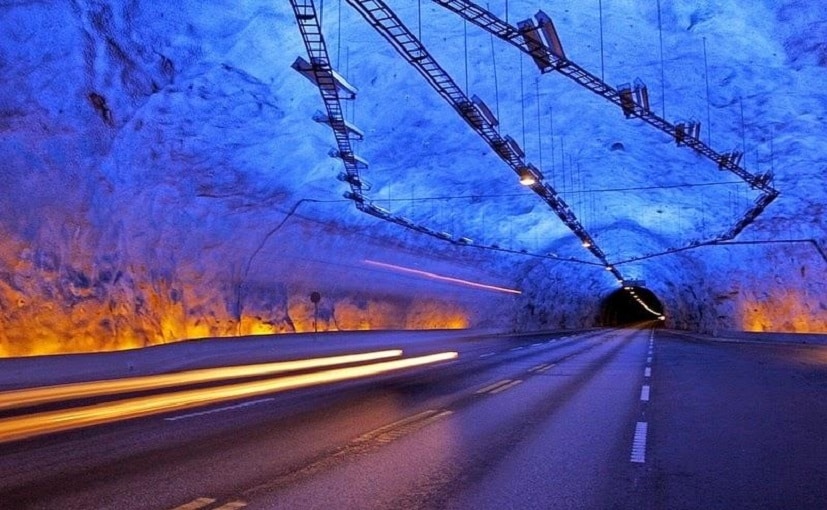 (The Atal Tunnel is 9.02 km long and it forms a horse-shoe shape)

Built at an altitude of 10,000 feet or 3,000 metres, the Atal tunnel is situated in the eastern Pir Panjal range of the Himalayas. It is 9.02 km long and is 10 metres wide (The road surface is 8 metres wide). It is the world’s longest tunnel, above 10,000 feet and reduces the distance between Manali and Leh by 46 km. The Atal tunnel avoids the Rohtang pass itself. It is shaped in the form of a horse-shoe. 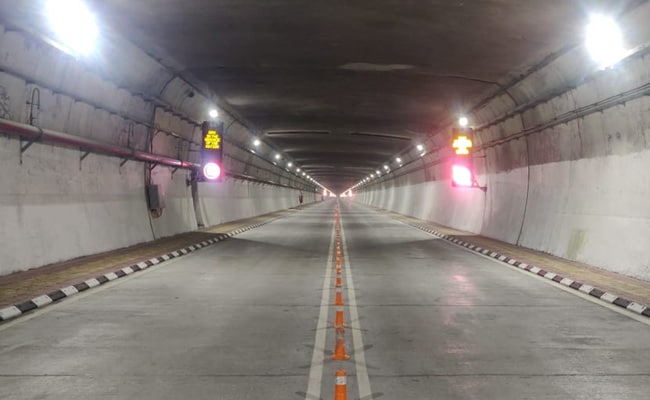 The Atal Tunnel in Rohtang can allow 3,000 cars and 1,500 trucks per day. The tunnel structure is supported by fibre-reinforced concrete, rock bolts and yieldable steel ribs. There is an emergency tunnel 3.6 metres below the tunnel as well. There are telephone booths every 150 metres, CCTV cameras with auto-incident detection every 250 metres, fire hydrants every 60 metres and exit signs every 25 metres. Plus, the Atal tunnel also gets air quality monitoring every one km.